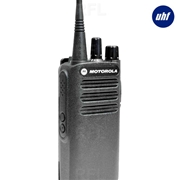 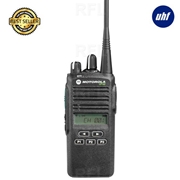 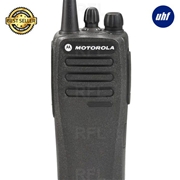 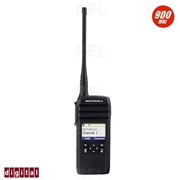 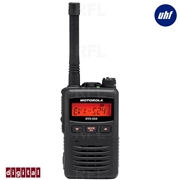 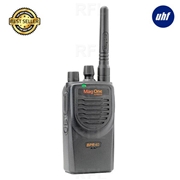 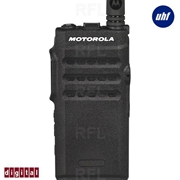 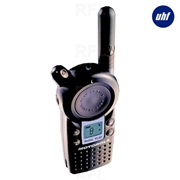 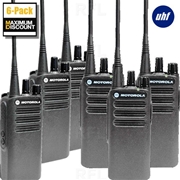 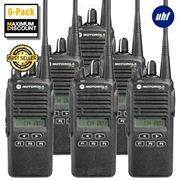 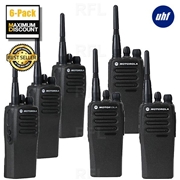 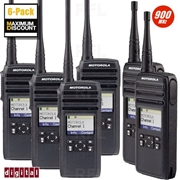 Confused about which 2-Way Radio will work best?

Our Motorola Radio Wizard has been upgraded to our new Motorola Product Finder. It can help you narrow down the best radio for your organization based on your specific needs. You could also try our Vertical Market Radio recommendations. If the radio you're looking for is not listed, please call us for additional assistance.

We believe that whether you decide to purchase or not, you should always have some prior knowledge of what you're looking. With us as your ally, you can become a 2-way radio expert in no time; or if you just wish to know enough to make an informed decision, we'll help you as well.

The number of individual users as well as the number of talk groups you need to maintain determines the number of channels you will require in a radio. For example, if you wish a certain department to maintain its own talk group, it would require a dedicated channel for that department. If two or more individuals need to maintain private communications, a dedicated channel would be required. It is not uncommon to have multiple channels within a department for special projects where more than one operation or event is occurring simultaneously. In addition, the use of digital technology increases the capacity of your system by dividing your existing channels into two time slots. This enables you to double the number of users on your system without the need for additional infrastructure equipment. Lastly, when making decisions regarding the number of channels you require, it is very important to keep future expansion in mind.

A wide variety of features are available to help increase the efficiency, productivity, and safety of your workforce. Efficiency/productivity features include integrated data applications that increase a radio's capability beyond voice communication, and telephone interconnect, which enables radios to talk with a telephone PBX system. Safety features include emergency notification for use during urgent situations and intrinsically safe certifications for hazardous work environments.

Intrinsically Safe is a designation which affirms that a portable radio, with an attached certified battery, is safe for use in locations where flammable gas, vapors or combustible dust may be present according to the Division, Class and Group for which it has been approved.

Telephone Interconnect is a feature that enables a radio system to be connected to a telephone PBX system, which allows radios to make phone calls using the radio keypad.

Two-way radios have traditionally used analog technology. Digital technology is the next generation of two-way radio and offers several advantages over analog including clearer audio, integrated data applications, 40% longer battery life and increased capacity. The choice between analog radios and digital radios is not that difficult. If you have an existing radio fleet and are currently using analog radios, your investment is safe for many years to come. If you're considering new radios for a new fleet or a new project, the digital alternative offers advantages over the analog technology. Motorola also offers a hybrid solution that gives you the best of both worlds. - Still confuse, where here to help.

Third-Party Data Applications expand the functionality of digital radios by enabling customized applications to be built for your unique business needs including dispatch solutions, work order ticket management, system monitoring and much more.

Trunking is a radio system configuration that uses a control channel to efficiently organize the radios and conversations on your radio system. This enables a large number of radio users to operate on the same system.

Emergency Call allows a radio user, with the push of a button, to send a distress message to all other radios users to indicate an emergency and be given priority to talk.

Quik-Call II signaling is an analog two-tone format used for paging over a two-way voice channel. The decoding of tones allows the radio to receive only messages intended for it's specific user, and activates that radio when to start listening to a conversation. The encoding of tones allows the radios to send such messages to specific units. This is a feature commonly used by rural fire departments.

Dual-Tone Multi-Frequency (DTMF) Signaling enables radio users to use the radio keypad to control another device that is pre-programmed to recognize the tones as commands. This feature is commonly used to open/close gates, turn off/on sprinkling systems, or place a phone call using the telephone interconnect feature.

Enhanced / Basic Privacy is a technology that allows a transmitting radio to send out a scrambled audio signal and a receiving radio to unscramble that signal. This helps to prevent unauthorized users from listening to sensitive communications.

IMPRES is a state-of-the-art, Motorola exclusive technology that enables communication between the radio and accessory, resulting in the prolonged life of your batteries, longer talk time and clearer audio delivery.