Motorola’s diverse array of portable and mobile two-way radios enable you to efficiently coordinate and communicate with your mobile workforce. Whether your workforce is comprised of employees primarily located on-site at your facility, mobile in vehicles or a combination of both, two-way radios enable your employees to stay connected. Portable radios are ideal for employees who work on-site; mobile radios are installed in vehicles and ideal for your on-the-go workforce. - Depending on the features and functionality needed for your business, Motorola’s portable and mobile radios have both commercial and professional types. 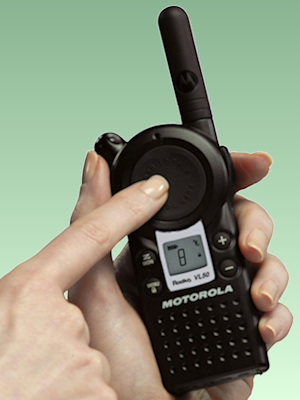 Weighing a mere 4.6oz, the VL50 is Motorola’s lightest professional radio, as well as their easiest to operate: it features a solo top knob for volume control, an LCD screen with battery life and channel information, and a large Push-to-Talk button on the front. 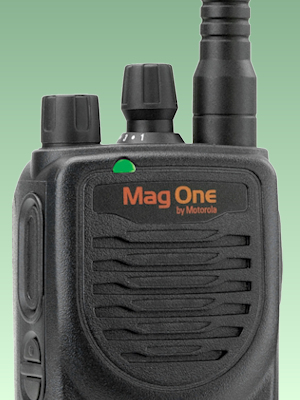 The BPR40 is part of the Mag One™ by Motorola radio portfolio. This affordable solution gives remarkable quality and value that is perfect for your business, and comes with a complete assortment of accessories to customize your radio. 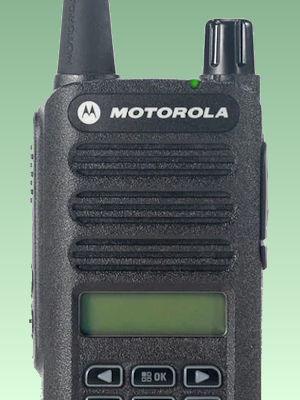 The CP100D Series is a range of practical, entry-level digital radios for professionals wanting to communicate with greater ease and efficiency. These affordable radios offer all the benefits of digital technology – up to 35% longer talk-time, wider radio coverage and superior audio. 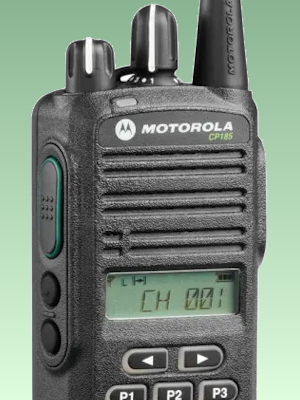 The CP185 with built-in voice scrambling provides crisp, clear and strong audio quality even in noisy environments. Combined with the compact, lightweight design of the CP185, you get just what it takes to enhance communication while increasing productivity. 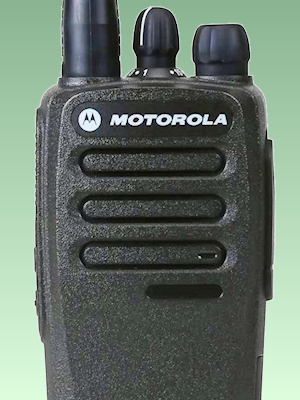 Whatever your needs, the Extremely Rugged CP200D provides a simple, reliable, cost-effective communication solution to help work crews connect, coordinate and collaborate to get the job done right. The Motorola CP200d is perfect for the everyday user who wants to stay connected. 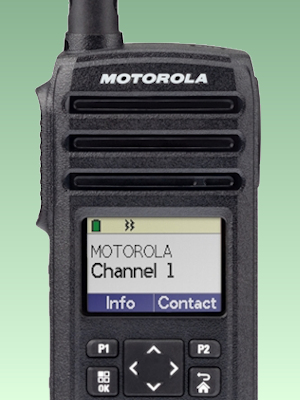 Motorola DTR700 Radio is slim, rugged design is equipped with 50 channel capacity. It is IP54 rated and operates at 900 MHz. A full-graphic color display and intuitive navigation menu helps you quickly locate all radio features. One Calling and Digital One-to-Many Calling with audio quality that is loud and clear audio wherever you are. 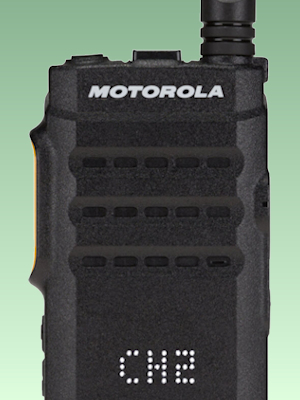 The Motorola SL300 is boldly designed to keep you efficiently connected. Measuring under an inch thick, the SL300 is ultra-portable with a stubby antenna, curved edges and rugged frame. Designed for easy and intuitive use and outfitted with the latest technology, the SL300 is the perfect work partner. 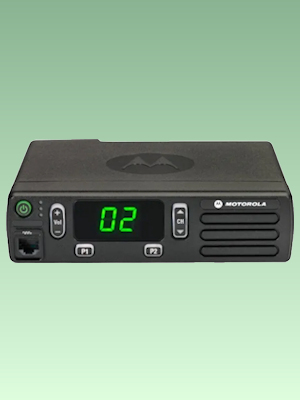 The Motorola rugged CM200d Radios offer all the benefits of the latest technology – twice the capacity, greater coverage and superior audio. It’s easy to transition your business to digital technology. 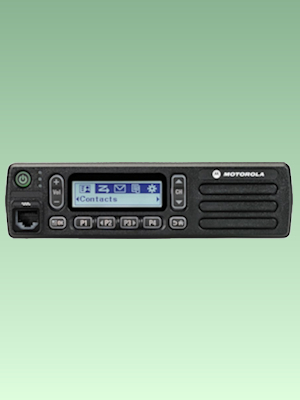 With its bright, high contrast alphanumeric screen, the CM300D allows drivers to see important information such as caller Id at a glance. The CM300D offers more channels and a more powerful display than the CM200D.


With so many options, if you not sure what you're looking for, please feel free to give us a call. We've been helping customers for over 30 years. Based on our experience, we can recommend radios based on vertical markets, features, and budget. We were the first in the industry to introduce, FREE Radio Programming, and the first Motorola Authorized Radio Dealer to go online decades ago. We can match any existing two-way radio to any new purchase, free of charge.

Interested to see what radios work best in what vertical market? See what radios your competitors are using by checking out our radio vertical markets guide, will make recommendations based on our 30 years plus experience in the radio industry.
View our Radio Vertical Market guide.

Number of Users / Channels
The number of individual users as well as the number of talk groups you need to maintain determines the number of channels you will require in a radio. For example, if you wish a certain department to maintain its talk group, it would require a dedicated channel for that department. If two or more individuals need to maintain private communications, a dedicated channel would be required. It is not uncommon to have multiple channels within a department for special projects where more than one operation or event is occurring simultaneously. In addition, the use of digital technology increases the capacity of your system by dividing your existing channels into two time slots. This enables you to double the number of users on your system without the need for additional infrastructure equipment. Lastly, when making decisions regarding the number of channels you require, it is critical to keep future expansion in mind.

- Intrinsically Safe:
Intrinsically Safe is a designation which affirms that a portable radio, with an attached certified battery, is safe for use in locations where flammable gas, vapors or combustible dust may be present according to the Division, Class and Group for which it has been approved.

- Technology:
Two-way radios have traditionally used analog technology. Digital technology is the next generation of two-way radio and offers several advantages over analog including clearer audio, integrated data applications, 40% longer battery life and increased capacity. The choice between analog radios and digital radios is not that difficult. If you have an existing radio fleet and are currently using analog radios, your investment is safe for many years to come. If you're considering new radios for a new fleet or a new project, the digital alternative offers advantages over the analog technology. Motorola also offers a hybrid solution that gives you the best of both worlds. - Still confuse, were here to help.

- IMPRES:
IMPRES is a state-of-the-art, Motorola exclusive technology that enables communication between the radio and accessory, resulting in the prolonged life of your batteries, longer talk time and clearer audio delivery.