Your people are on the move, delivering cargo, picking up consignments, driving children to and from school. You need to keep them in touch and on track efficiently. And you want to make sure the radios they use are as affordable and adaptable as possible.

The rugged MOTOTRBO CM200d and CM300d radios offer all the benefits of the latest technology – twice the capacity, greater coverage and superior audio. These affordable mobiles are compatible with the MOTOTRBO features you’ll find are business-essential, for example a transmission can be interrupted to prioritize critical communications. 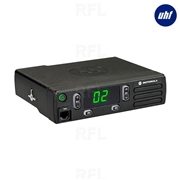 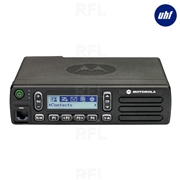 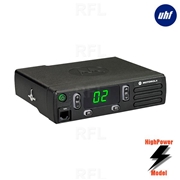 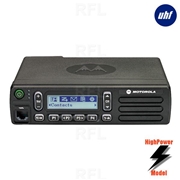 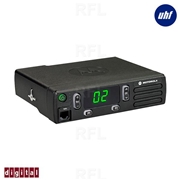 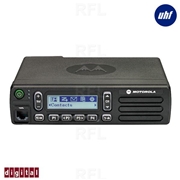 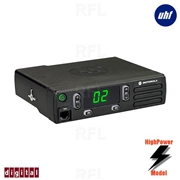 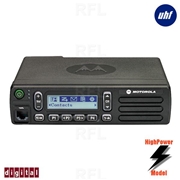 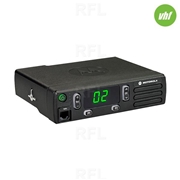 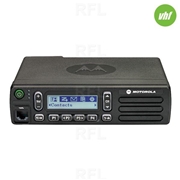 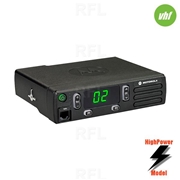 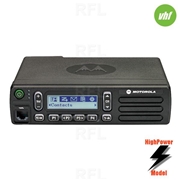 The CM200d and CM300d are so easy to use and deliver such clear voice communications, you’ll be amazed how efficient your operation can be. Motorola's Mobile Radios provide crisp, continuous and high-quality communications for your in-vehicle needs.The series of Mobile Radios was designed for reliability and durability so that your team can communicate easily and comfortably.

When it comes to two-way radio communications, Motorola is the unsurpassed leader in quality and performance. These Motorola portable two-way radios will let you communicate efficiently with your people and increase your productivity. With a mobile team of employees, safety and productivity are vital to your organization. With a wide variety of models and features, Motorola's two-way mobile radios are an ideal solution of your communication needs. Don’t sacrifice ruggedness for functionality. Large controls, 4-watt speakers and color LED indicators let drivers keep their eyes on the road instead of the radio. Compact size suits in-vehicle and dispatch use.


Number of Users / Channels
The number of individual users as well as the number of talk groups you need to maintain determines the number of channels you will require in a radio. For example, if you wish a certain department to maintain its talk group, it would require a dedicated channel for that department. If two or more individuals need to maintain private communications, a dedicated channel would be required. It is not uncommon to have multiple channels within a department for special projects where more than one operation or event is occurring simultaneously. In addition, the use of digital technology increases the capacity of your system by dividing your existing channels into two time slots. This enables you to double the number of users on your system without the need for additional infrastructure equipment. Lastly, when making decisions regarding the number of channels you require, it is essential to keep future expansion in mind.

- Technology:
Two-way radios have traditionally used analog technology. Digital technology is the next generation of two-way radio and offers several advantages over analog including clearer audio, integrated data applications, 40% longer battery life and increased capacity. The choice between analog radios and digital radios is not that difficult. If you have an existing radio fleet and are currently using analog radios, your investment is safe for many years to come. If you're considering new radios for a new fleet or a new project, the digital alternative offers advantages over the analog technology. Motorola also offers a hybrid solution that gives you the best of both worlds. - Still confuse, were here to help.