Motorola AAH73X503, ATV-16B VHF Antenna 150-162 MHz, Motorola ATV-16B is a genuine replacement VHF whip antenna. Once this antenna is connected to the radio the user will be able to communicate with their fleet when in range. The ATV-16B transmits VHF frequencies ranging between 150-162 MHz which are best suited for open space environments with minimal obstructions. This is because VHF can not penetrate through structures. Standing at 5.39" makes this antenna a whip that is designed to be longer and more noticeable. 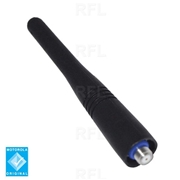 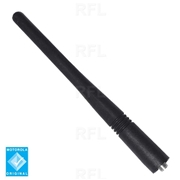 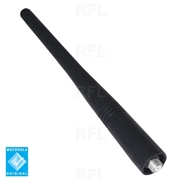